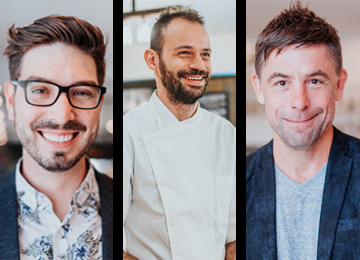 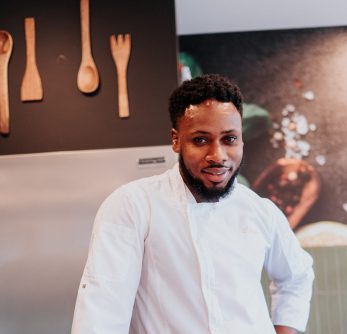 Originally from Granada, Donnel was inspired during his childhood by the agricultural practices of his parents on the self-sufficient family farm. At the time, he was taught the importance of treating produce with respect and appreciating nature’s gifts. He moved to Canada with his mother and brother at the age of 17. Right then, he began working as a cook while waiting to start university. Impressed by his natural talent, a few colleagues mentioned to him that he should pursue a career cooking professionally. After a year of university, he changed path and enrolled at the Pearson School of Culinary Arts. Donnel first sinks his teeth into a few internships at Restaurant Park and La Suite Executive RBC. Then, he started his professional career at Maison Boulud (Ritz Carlton) and Bar George. He will even have the chance to spend a year in the major leagues for Chefs, at the Eleven Madison Park *** and Nomad Hotel * in New York. 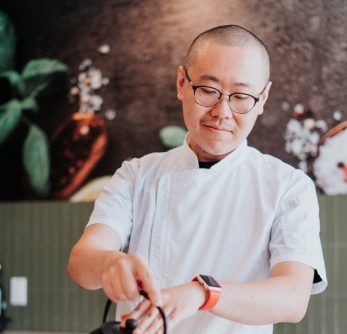 Ruihan Chen moved to Canada when he was 18 years old. He first studied hotel management at LaSalle College and then specialized in professional cuisine at the Pearson School of Culinary Arts. After graduating, he continued his work experiences, in different positions: Restaurant Mercuri, Decca 77 (where he met Chef Jean-Sébastien Giguère), Bar George, Maison Boulud, Olive Orange catering, 1909 Taverne to finally arrive at Le Coureur des Bois and La Cabane du Coureur in 2019. Chef Chen is meticulous and attributes his love for cooking to craftsmanship achieved through creativity mixed with the adrenaline of service.

© 2021 Restaurant h3. All rights reserved.
This establishment is part of COGIR restaurants